How Do I Show the Grading Scale on My Transcript?

Scroll down until you see Extra Features, then scroll further until you see Grading Scale. Click on the toggle to turn this feature on, which will then display your chosen grading scale directly on your transcript. Scroll to the bottom of the screen and click Save Changes. 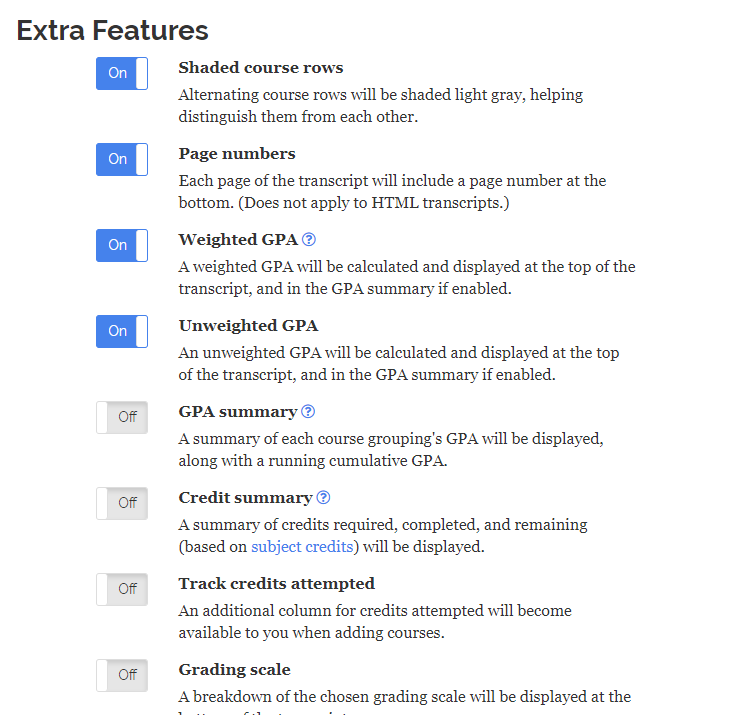 Now a breakdown of the chosen grading scale will be displayed at the bottom of the printed transcript.

Thank you for leaving a rating!
Did you find this article helpful?